, /PRNewswire/ --  (NASDAQ: ALGT) has announced that Tracy Tulle has been appointed to the role of senior vice president, flight crew operations. Tulle, an industry veteran who has led Allegiant's in-flight services since 2012, is the first to serve in this new role, which unites the airline's flight operations and in-flight services departments under one umbrella. 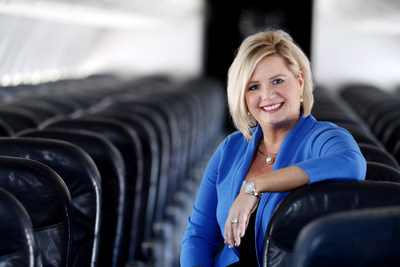 "Allegiant is all about innovation, and bringing our flight crews – pilots and flight attendants - who train together, work together and are the front line of both safety and service for our passengers makes perfect sense," said , chief operating officer. "It will bring synergies and performance efficiencies across our system – from scheduling and planning to training and operations, while helping us to build leadership and camaraderie across the board. We're excited about the opportunities this new structure will present – and there is no better person to lead the charge than Tracy Tulle."

Tulle began her 25-year airline career with -based as a flight attendant, and after advancing though several management roles joined subsidiary as vice president of in-flight. She also served as a business course instructor at in before joining Allegiant, where she has served as the company's vice president of in-flight services since 2013. She also currently chairs Allegiant's company-wide Customer Experience Leadership Team.

In this new role, Tulle will lead a team of more than 2,100 Allegiant employees, including 850 pilots and 1,200 flight attendants across the company's network.

Allegiant President noted that Tulle brought forward critical processes, training and structure during an incredible period of growth for the company, which has in turn sparked internal leadership and innovation among in-flight team members. She also shepherded the first collective bargaining agreement between Allegiant and flight attendants represented by the (TWU).

"Tracy is an experienced, accomplished leader – and we have seen our in-flight group transform and thrive under her direction," said Redmond. "She has also been an invaluable advocate for customers, laser-focused on ensuring outstanding service and communication in every phase of the customer experience. We couldn't be more pleased to have Tracy take the reins of this new role, for the benefit of all our flight crew members as well as our customers."

Allegiant®
-based (NASDAQ: ALGT) is focused on linking travelers in small cities to world-class leisure destinations. The airline offers industry-low fares on an all-jet fleet while also offering other travel-related products such as hotel rooms and rental cars. All can be purchased only through the company website, Allegiant.com. Beginning with one aircraft and one route in 1999, the company has grown to more than 80 aircraft and 450 routes across the country with base airfares less than half the cost of the average domestic roundtrip ticket.